Lodi and the Delta

The first settlers of European descent arrived in the area now known as Lodi in 1846. There they found a natural prairie environment of grasslands and oaks with several major rivers (primarily the Mokelumne River, but also the Cosumnes and Calaveras Rivers) running through it.

The area is largely 50-200 feet (15-61 m) above sea level, with flat to moderately hilly topography, sandwiched between the lower foothills of the Sierra Nevada mountain range to the east, and the lower elevation (largely below sea level) freshwater marshland of the Sacramento-San Joaquin River Delta and Carquinez Strait to the immediate west.

Following the discovery of gold in 1848 in Amador County, a day’s ride from by horseback or wagon, newcomers of primarily European descent arrived to establish farms, ranches and dairies. The settlement was then named Mokelumne, for the river (mokul from the native Miwok word for river, and umne meaning "people of") that largely defines this watershed. The name was changed to Lodi (a number of early settlers having originated from Lodi, Illinois) in 1874. By the 1890s, after initial success with wheat, barley, rye and watermelon, many Lodi farmers were transitioning to grapes.

In those early days the most important grape to the Lodi economy was the vivid, pink-colored Flame Tokay. There was also a growing call for black-skinned wine grapes such as Zinfandel, Carignan, Mission, and Cinsaut, most of which were purchased by El Pinal Winery, a Stockton winery founded in 1858 and one of the California wine industry’s primary sources of plant material, shipped from nurseries in New England.

El Pinal (re-incorporated as George West & Son Winery in 1902) continued to dominate the Lodi wine industry, dictating prices to Lodi growers. In 1900 a German emigrant named Adolph Bauer founded Urgon Winery, a competing facility in the north end of the City of Lodi, and Lodi growers were soon earning as much as $22-$23 per ton for their grapes, far more than what they received from the Wests (who paid as little as $3.50). In 1904, however, George West & Son acquired Bauer's two winery facilities, and prices returned to previous levels.

In response, Lodi growers began to establish their own wineries based on a German model (by the early 1900s most of Lodi's population on the east side of town were of German descent) where growers sell grapes to a jointly owned winery, producing products marketed under their own brands or sold to other wineries (or often, both). The first such cooperative, the Woodbridge Vineyard Association, broke ground in 1905. Several more were established in the years that followed.

Although the start of Prohibition in 1919 limited alcoholic beverage production to all but sacramental wines, Section 29 of the Volstead Act allowed every American household to produce up to 200 gallons (757 liters) of wine a year for their own consumption. Overnight, countless Americans became their own winemakers, and Lodi vineyard owners scrambled to plant more grapes to meet demand. Zinfandel remained a popular choice, as did sturdier, thicker skinned grapes such as the teinturier variety Alicante Bouschet.

Once Prohibition was repealed in 1933 and commercial wine production resumed, Lodi growers picked up where they left off. Between the 1930s and 1970s Lodi continued to be dominated by large cooperatives specializing primarily in sweet, fortified dessert wines, brandies, aperitifs, and low-priced generic table wines (i.e. “jug” wines).

In 1969 industry data indicated that for the first time since pre-Prohibition days, Americans were consuming more table wines than fortified dessert wines, but it would take another 10 years for Lodi wineries to pivot toward table wines. It was not until the late 1990s that the last Lodi grower-owned co-op was dissolved. A few abandoned facilities were later converted into wineries for table wine producers such as Robert Mondavi with the Woodbridge Winery in 1979, Sebastiani, and multi-brand companies, including Constellation, Oak Ridge, and Ironstone.

The Mondavi family arrived in Lodi in the early 1920s, finding immediate success as grape packers. Robert Mondavi returned to Lodi in 1979, purchasing the old Cherokee Wine Association co-op facility with the stated goal of producing "the world's finest everyday wines." While the first Woodbridge wines were a generic red, white, and rosé, the brand quickly transitioned to varietal bottlings. This made a huge impact on the Lodi wine industry, encouraging growers to change farming practices from “bulk" or commodity grape-growing to more quality-focused “winegrowing.”

Starting in the mid-1970s, the number of small, family-owned wineries focused on premium quality wines also began to rise. Since 1991, the number of independent wineries in Lodi has grown from less than a dozen to over 80.

In the 1980s, Lodi growers began to move away from grapes like Chenin blanc, Burger (Monbadon), Grenache and Carignan towards Chardonnay, Sauvignon blanc, Cabernet Sauvignon and Merlot. At the same time, the market for Flame Tokay was fast disappearing. An estimated 20,000 acres (8,094 ha) of Flame Tokay were uprooted and replaced by grapes supplying the growing market for varietal wines.

Today, Lodi is  the source of over 20% of California Zinfandel production. There are more plantings of old vine Zinfandel (i.e. plantings prior to the mid-1960s, some dating back as far as 1889) in Lodi than anywhere else in the world.

In 1991 the Lodi Winegrape Commission was founded to market and promote the region’s grapes, and initiate viticultural research, educational and sustainable programs such as the industry-leading LODI RULES for Sustainable Winegrowing.

While vineyard acreage in the historic, flat, deep sandy loam farmlands surrounding the City of Lodi has hovered around 42,000, most newer plantings (now exceeding 100,000 acres) date back to the 1980s, in regions with either shallower sandy clay loams on terraced topography, or in hillside areas defined by gravelly or cobbled clay.

By the dawn of the new century local growers and vintners made it a priority to delineate these increasingly important regions, thus steering conversation towards terroir-related distinctions. This, and a proliferation of wines bearing the "Certified Green" seal for LODI RULES for Sustainable Winegrowing, have helped bolster the region's reputation for responsible viticulture.

The process of carving out new Lodi AVAs began in the summer of 2001. In August 2006, the TTB (Alcohol and Tobacco Tax and Trade Bureau) approved the usage of seven new American Viticultural Areas within the broader Lodi AVA:

To alleviate concern that usage of sub-AVAs might weaken the hard-won recognition of “Lodi” on wine labels, the petition committee advocated the use of conjunctive language, with names of sub-AVAs placed next to the name of the broader AVA (e.g. "Clements Hills-Lodi" or "Borden Ranch-Lodi"). The TTB requires that at least 85% of any American grown wine must come from any AVA indicated on a label.

Since the establishment of the Lodi Winegrape Commission in 1991, the number of Lodi growers has increased from under 600 to almost 800 in 2020. In that same period vineyard plantings have grown from just under 60,000 acres (24,281 ha) to around 100,000 (40,469 ha). While large companies such as E. & J. Gallo, Constellation, Trinchero Family, The Wine Group, Fetzer and Bonterra buy most of Lodi's wine grapes, the majority of Lodi’s 85 wineries average less than 6,000 cases.

Since the early 2000s there has been a significant movement towards "alternative" grape varieties and heritage grapes, notably Zinfandel, but including Alicante Bouschet, Barbera, Cinsaut, Carignan, Mission and Petite Sirah. Over 130 grape varieties are now commercially grown in Lodi. 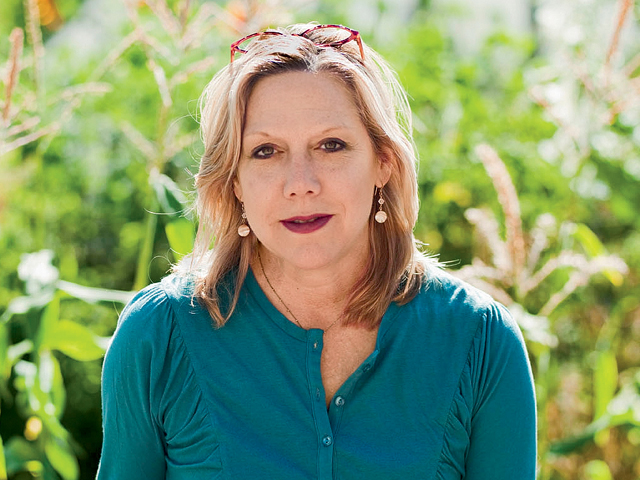 "I am excited about the fact that in California, creating wines that reflect specific popular styles is no longer the goal. Instead, the focus is on the best a vineyard can give in a given year, and the result is many more wines of place. It helps that ripeness and alcohol levels are more restrained, and that freshness, savoriness, and minerality are valued. I think the wines emerging today—with that restraint layered over advances in viticulture and winemaking—are showcasing California's truer capability across seriously diverse regions and wine varieties, from world-renowned Napa Valley to the excitement of an emerging region like Lodi."

"I am excited about the fact that in California, creating wines that reflect specific popular styles is no longer the goal. Instead, the focus is on the best a vineyard can give in a given year, and the result is many more wines of place. It helps that ripeness and alcohol levels are more restrained, and that freshness, savoriness, and minerality are valued. I think the wines emerging today—with that restraint layered over advances in viticulture and winemaking—are showcasing California's truer capability across seriously diverse regions and wine varieties, from world-renowned Napa Valley to the excitement of an emerging region like Lodi."

"Recently I had the chance to spend a few hours with the winemaker of Flowers Vineyards & Winery, Chantal Forthun, at their remote Camp Meeting Ridge Vineyard in far west Sonoma, a stone's throw from the Pacific Ocean. Chantal described her first trip up the ridge, driving in the dense fog up the coastal highway, then emerging from the blanket into the clear air above the fog. The botanical aromas from the surrounding forest, the intensity of the sunlight cut by cool ocean breezes, and the diversity of the soils she's come to understand add up to a powerful place for her. And in the moment, I understood the potential of harnessing all of those elements in aromatically complex, savory, textural Pinot Noir and Chardonnay."