Growing and Making Chardonnay (in California)

Perhaps more than most grapes, Chardonnay is challenging in terms of determining the proper balance between ‘hand’ and ‘land’. It is often referred to as a “winemaker’s wine,” with the winemaker playing the role of deliberate artist using her/his ‘hand’ through the implementation of barrel fermentation, oak choice, malolactic fermentation, sur lie aging, etc. Too much ‘hand’ can result in wines that are over the top — clunky, heavy and frequently oak bombs. But when deftly made, they are among the world’s most mind-numbingly complex dry white wines.

Does soil influence the flavor of the final wine?

Traditionalists answer unequivocally “yes!” Soil is a key element of “terroir” — the natural environment where vines grow — along with climate (temperature, rainfall), topography (altitude, drainage, slope, aspect) and sunlight. A more unorthodox view holds that soil influencing what you taste in the glass is a myth. Maynard Amerine and Ann Noble, two famous names at UC Davis, California’s premier wine school and wine research facility, did a study on the topic. They concluded that “no outstanding sensory differences were observed in wines produced from different soil type locations.” The key word is “sensory” (sight, smell, taste). They are not saying that the soil doesn’t affect vine behavior (yield, growth cycle, etc.). The subject is most certainly up for further debate. That said, here is a brief review of how Chardonnay, according to the classic view, expresses itself in the glass based on the type of soil in which it is grown.

For more information on Chardonnay and differing soil types, visit My Wine Pal’s The School of Cool: Soil Smackdown. 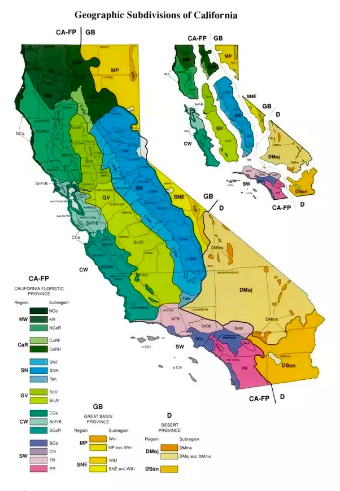 As Chardonnay is generally not blended with other varietals, complexity is achieved through blending Chardonnays from different vineyards, choosing smaller lots within vineyards, and using differing clones of Chardonnay. Globally, there are some 28 clones officially authorized. Noteworthy “born-in California” clones include the “heirloom” Wente (aka FPS1 and its variants, Hyde, Hudson, Robert Young, See, Rued, Mount Eden, and Spring Mountain), UC Davis clone 5, as well as more recent arrivals from Burgundy in France, such as and including, the sexily named 76, 95 and 96. Finally, there is the Muscat clone of Chardonnay (aka Chardonnay Blanc Musqué) which many winemakers in the Golden State use in their clonal mix to add aroma and spice in the final wine. The Mendoza clone, celebrated in other parts of the world, is not popular in California.  For more information on clones created in California, check out Wine Enthusiast’s A Wine Geek’s Guide to Chardonnay Clones Around the World.

The lion’s share of premium Chardonnay is planted in cooler areas and as a rule is trellised in VSP (vertical shoot position) to maximize sun, minimize rot and allow for canopy management (leaf plucking, etc.).

One of the most significant choices for the vintner is whether to make still or sparkling wine. Chardonnay for sparkling wine is always picked at lower sugar levels and pressed quickly, but gently, while grapes for still wines are left on the vine longer to ripen and develop more mature flavors.

As an agricultural industry, the California wine community has a long history of adapting to change and demonstrating its commitment to sound environmental practices and social responsibility. Building on these efforts are the educational and certification programs of the California Sustainable Winegrowing Alliance (CSWA). Established by Wine Institute and the California Association of Winegrape Growers, CSWA is the most comprehensive and widely adopted wine sustainability program in the world, and– together with other important sustainability programs in regions throughout the state– has made California wine a leader in addressing climate change.