Sonoma County, like much of the rest of California, can trace its early agricultural days to the time of Spanish and Mexican missions, which were active between 1769 and 1826.

For Sonoma County, however, there was also the influence of Russian fur traders, traveling south from Alaska, who established Fort Ross on the Sonoma Coast in 1812, taking advantage of one of Spanish California’s few unoccupied stretches of coastline. Their presence impacted the region’s future in wine: in 1836, Russian agronomist Yegor Chernykh was sent to improve crop production on the Sonoma Coast and among his other contributions, developed a large vineyard 10 miles from the coast between the towns of Occidental and Graton, though there is no evidence of wine production, only brandy distillation.

To the south of Fort Ross, Spanish and Mexican influence was more significant to California’s future in wine. The Spanish began establishing missions, planting Mission grapes and making wine and brandy in Baja California as far back as the 1690s. Activity ticked up in the 1760s when forts were established in the Alta California ports of San Diego, Monterey and San Francisco. Then Father Junipero Serra was given the order to establish a series of missions up the California coast. By 1804 most of the then-19 missions were making wine.

With Mexico winning independence from Spain in 1821, the last and northernmost of California’s 21 missions, Mission San Francisco de Solano, was built in Sonoma in 1823 and thousands of grapevines planted from cuttings sent up from Mission San Jose.

In 1834 the missions were secularized and land grants began to be awarded. Overseeing the process was “La Frontera del Norte) General Mariano Guadalupe Vallejo (military commander of the Northern Frontier). Keeping some of the land in and around Sonoma for himself, Vallejo founded the pueblo of Sonoma and planted more vines, becoming a vital pioneer of Sonoma viticulture.

Vallejo’s contributions are critical. He not only planted hundreds of vines, granted land to others to plant, but partnered with French chemist Victor J. Fauré to make wine, some of which won awards. Fauré is credited with discovering the potential for Zinfandel as a fine wine.

On June 14, 1846, a group of American frontiersmen rode into Sonoma, declaring it part of a new California republic. Vallejo, an advocate for American annexation, greeted the men, shared brandy and wine, and “surrendered.” California became the 31st state of the United States in 1850, with Vallejo a delegate at California’s Constitutional Convention.

As the Gold Rush of 1849 subsided and many gold-seeking newcomers chose to stay in California, agriculture became one of many profitable pursuits. Sonoma Valley’s Mediterranean climate and fertile soils brought in many settlers. Among them was an experienced farmer with an interest in viticulture named Agoston Haraszthy, a native of Hungary. Haraszthy met with Vallejo, tried his wine and started planning how he could further quality wine production in Sonoma.

In 1857 Haraszthy established Buena Vista Winery on 12 planted acres/5 hectares that had once been a part of an original Mexican land grant called Rancho Huichica. He soon started buying considerable amounts of neighboring land. By 1858 he had amassed one of the largest agricultural estates in California at 6,000 acres/2,428 hectares, which relied greatly on Chinese labor. Also in 1858, Jacob Gundlach planted the Rhinefarm east of Sonoma, predecessor to the Gundlach-Bundschu Winery later founded in 1896 and operated by members of the Bundschu family to this day.

For a short time, Haraszthy acquaintance Charles Krug was a neighbor as well, buying land in Sonoma in 1859 and planting 25 acres of vines. But having made wine in the Napa Valley he married Carolina Bale, and was given Bale family land, where the Charles Krug Winery stands now near St. Helena.

In the early 1860s Haraszthy traveled to Europe and brought back hundreds of vines to be planted in Sonoma, including many that continue to be important to the region, such as Cabernet Sauvignon, Merlot, Riesling and Sauvignon Blanc. Haraszthy eventually fell on hard times, fled to Nicaragua to make rum and in 1869 disappeared; lore claims that he was eaten by an alligator while crossing a stream.

Meanwhile, in 1853, two European-born musicians, Charles Kohler and John Frohling, came up with the idea to transport wine made from Southern California-grown grapes to the burgeoning population center that was San Francisco. By 1887 Kohler & Frohling was the largest and most successful winery in the state, with most of its products by that time coming from Sonoma County, including Zinfandel, Riesling, sherry, port and brandy.

In 1873 Kohler (Frohling having died young years before) bought the Tokay Vineyard from a former business partner of Lajos Csomortanyi, a contemporary of Haraszthy and fellow Hungarian. It consisted of 350 acres/142 hectares planted to vines, a small stone winery and four-room wood frame cottage. The land eventually became part of the Jack London (1876 - 1916) Ranch and the cottage is where the novelist lived, wrote and died. London famously referred to the Sonoma Valley as “Valley of the Moon.” The winery ruins remain, damaged in the 1906 earthquake and later again by fire and decay.

Phylloxera was first identified in Sonoma in 1873 after years of declining vines. Still, in 1875 Sonoma County led California in wine production with 6,300 acres/2,550 hectares under vine. Buena Vista Winery suffered some of the worst effects of the root louse, which infects and kills vines. It ceased wine production in 1883. It would not be revived until the 1940s.

In the 1880s the region experienced a boom, ballooning to 23,000 acres/9,308 hectares of winegrapes by the end of the decade, particularly in the area around Santa Rosa and in the Alexander Valley. In Santa Rosa, among the most significant producers was the 400-acre/162-hectare agricultural colony of Fountaingrove, which by 1888 was producing 200,000 gallons/757,082 liters of wine, much of it sent to the East Coast or overseas. Japanese native Kanaye Nagasawa made the wines and was the last surviving member of the colony.

In 1888 Senator George Hearst and his wife Phoebe Apperson Hearst bought the Madrone Ranch in Sonoma Valley, ripping up most of the vineyards and replanting to phylloxera-resistant rootstock, the most ubiquitous of which was St. George. Many of those vines still exist.

In 1904 the Kunde family bought the Wildwood Ranch in the Sonoma Valley, keeping much of the old-vine Zinfandel. South of Wildwood, John H. Drummond bought part of the Los Guilicos Ranch, built the Dunfillan Winery, and planted 150 acres of quality varieties, many of which he imported from Bordeaux, Burgundy and the Rhone and sold to neighbors.

As World War I (1914-1918) raged throughout Europe, imports of wines from France, Italy and Germany declined.

Grape and wine prices in California, however, remained strong, and shipments grew to San Francisco and the East Coast. Alas, a few years later, the 18th Amendment (ratified on January 16, 1919) ushered in Prohibition, outlawing the manufacture, sale and transportation (though not consumption) of alcohol in the United States. A year later, on January 17, 1920, the Volstead Act went into effect; Section 29 of the Volstead Act did, however, did make an exception, permitting families to make up to 200 gallons of fermented fruit juice at home.

Planting on resistant rootstock continued into the 1920s as phylloxera spread, though due to Prohibition and the ongoing effects of the Great Depression (starting 1929 and on into the 1930s), many farmers tore out vineyards and planted prunes and apricots instead. At the same time, half of Sonoma County’s vineyards became owned by Italian immigrants or their descendants. Prohibition was repealed December 1933.

In the early 1950s Hanzell Vineyards in the Sonoma Valley planted the first three acres each of Pinot Noir and Chardonnay in Sonoma County, aging the wines in French oak barrels, nearly unheard of in California at the time.

By 1968, Joe Rochioli Jr. began planting Pinot Noir in the Russian River Valley, followed by Chardonnay. In 1973, Charles and Helen Bacigalupi sold Russian River Valley Chardonnay to Chateau Montelena. The resulting 1973 Chateau Montelena Chardonnay, 40% of which was made with Bacigalupi grapes, won the 1976 Paris Tasting, also known as the “Judgment of Paris,” elevating California wine forever. Surviving phylloxera and Prohibition, and faced with surging growth in wine consumption in the United States, Sonoma winegrowers had returned the county's acres to pre-Prohibition levels by 1975.

In 1989 winegrapes became the region’s top earning crop as fine wines replaced bulk and jug wine production. In fact, between 1993 and 2012 Sonoma County’s grape acreage grew about 1,000 acres/405 hectares a year. So did the value of those grapes: By 2018 Sonoma County was earning the second-highest average price for grapes in the state at $2,817.92 a ton. The county’s total winegrape crop in 2018 was also the largest ever harvested in Sonoma County at 275,977 tons, according to the 2018 Sonoma County Crop Report worth a total value of $777,675,300.

In 2014 the Sonoma County Winegrowers made it a definitive goal for the region to achieve 100% sustainability, with a focus not only on environmental stewardship but social responsibility and economic viability. In September 2019 it announced that 99% of Sonoma County vineyards had been certified sustainable, making it the most sustainable wine region in the world. 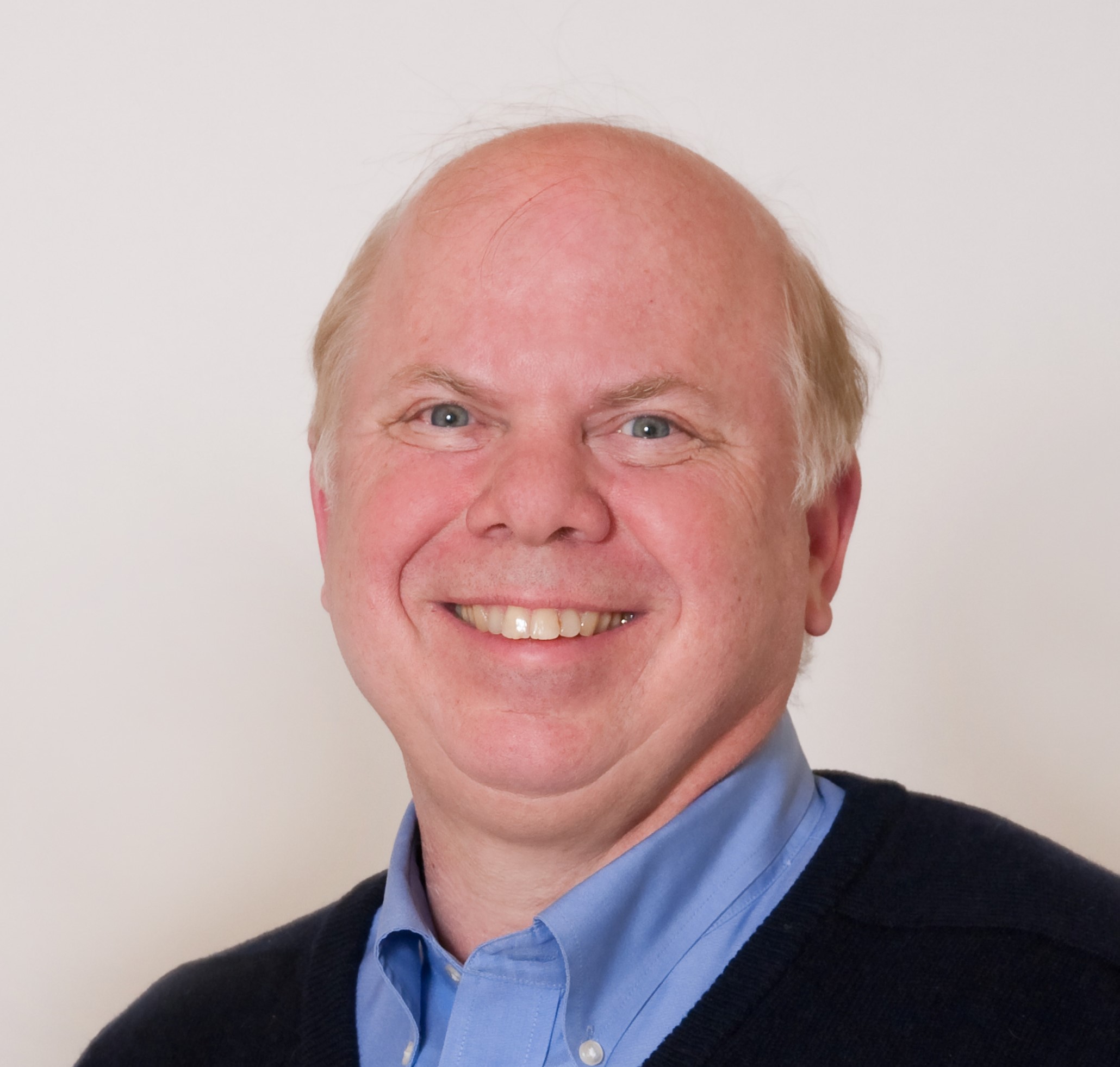 "California has a perfect placement for wine. Because the topography is so diverse, vintners have broad choices of sites to plant. From the vast vineyards of the Central Valley to the steep slopes of the Coast Ranges and all the valleys in between, there is a perfect spot for any wine style."

"California has a perfect placement for wine. Because the topography is so diverse, vintners have broad choices of sites to plant. From the vast vineyards of the Central Valley to the steep slopes of the Coast Ranges and all the valleys in between, there is a perfect spot for any wine style."

"Seared maple-glazed salmon with a young Dry Creek Zinfandel - the subtle sweetness of the maple melded perfectly with the vanilla tones of the oak and let the rich fruit of the Zinfandel shine."

"In looking over my early wine tasting notes I found an enthusiastic evaluation of the 1977 Trefethen Chardonnay I sampled in 1980. Coincidentally, I had recently reviewed for publication the 2018 Trefethen Chardonnay with similar enthusiasm in 2021. That pair of wines bookends 41 years of consistent quality from a family-owned winery. Many wineries have come and gone in that span. It's nice to know that some can endure and thrive."